How to Unblock Websites | Ultimate Guide

When you try to access certain websites, such as Facebook or Twitter, and find that you are getting an error message saying the site you are trying to access has been blocked, it is no fun at all. And depending on the reason for this block, your employer might be upset about it too! It is not always easy to get around these blocks and access what you want from behind them, but with some of the tools we will discuss in this guide, you can easily get around these blocks and access websites that have been blocked to you. Let us get started!

A virtual private network (VPN) is a service that allows people to connect securely with a private network from any Internet-enabled device. Some companies use VPNs to allow employees who are traveling or working from home to access company resources such as internal websites, file servers, printers, and email systems.

This way, no one can see what you are up to online—whether you are browsing websites, checking email, or posting on social media. Some VPNs also let you choose which traffic you want to route through your VPN connection—unused bandwidth will still go through your normal ISP, while other types of traffic will use your encrypted VPN tunnel.

The extra security provided by a top-notch VPN can be invaluable if you are working on any sort of project that could put sensitive information at risk.

VPNs do have a few drawbacks, however. A big one is that using a VPN can reduce your connection speeds. They also are potentially problematic for certain applications—such as peer-to-peer file sharing and gaming—due to bandwidth throttling (reducing your available bandwidth) issues that many VPNs use to stop abuse of their services.

All VPN providers do not impose these restrictions, but it is something you need to consider when choosing a provider for your VPN service. If speed is important, some other options include: • Satellite Internet: Many people in rural areas use satellite Internet services that connect with satellite dishes instead of wires or cables.

A proxy server is a device that keeps web traffic anonymous by making it look like it is coming from somewhere else. It does so by taking your data, putting it into an encrypted tunnel, then sending it out onto another part of the Internet.

The goal is not to defeat filters or censorship—since in theory, anyone can access a proxy site without being detected—but rather, to give users outside of a geographical region access to otherwise blocked content.

If you are trying to watch blocked video on YouTube or Netflix, for example, connecting through a proxy will make sure that only you know where you are really located.

You may have heard of VPNs, which are software programs that let you make a private connection to another network over an encrypted connection. But if you are interested in getting around web filters, a proxy server can get your traffic past firewalls more easily than a VPN.

Plus, while a VPN tunnel only encrypts your data until it reaches its endpoint, proxy servers can encrypt all your Internet traffic as it flows through their systems.

However, because they do not encrypt data at every point on its journey—just between you and them—they are easier for hackers to snoop on without breaking into your computer or mobile device. That is why many people still prefer using VPNs instead of proxies.

Tor, short for the onion router, was originally designed by U.S. Naval researchers to provide government communications with extra anonymity. Today, Tor is a tool that can be used by anyone who wants to stay anonymous online.

Most people use Tor to keep their web browsing private from ISPs (so websites you visit do not see your real IP address), but it is also useful for chatting anonymously with strangers on IRC or hiding torrent traffic from your internet provider.

If you are not up for setting up your own Tor hidden service, you can just download an app like Vidalia or Tor Browser Bundle (both of which run on Windows) that let you access a pre-made Tor network through a proxy server.

Use IP Rather Than URL

If you use a URL instead of an IP address, your blocked IP will remain blocked even if you move on to another location. Most websites block specific IP addresses to prevent hackers from gaining access. It is better practice to use an IP address when you want to unblock banned web pages. This is easy with your internet service provider. Just ask for your current IP address and write it down for future reference.

Censorship is part of life in some parts of the world, especially when it comes to access to certain types of information. Whether you live in an oppressive regime or just have a school or workplace that blocks sites like Facebook and YouTube, there are ways around blocked websites.

One way to bypass blocked websites is with a browser extension. These extensions run in your browser while you are online, connecting you to any site you want. When you visit a blocked site, it redirects it through one of these extensions so that your location remains anonymous.

There are several extensions you can use, but two of the most popular are Hola (available for Chrome, Firefox, Android, Windows, Mac OS X) and ZenMate (available for Chrome and Firefox). These two add-ons provide many of the same features. Both will let you use blocked sites.

This will allow you to circumvent the blocks placed by a repressive regime. To use this technique, go to one of Google’s DNS or OpenDNS. As per Cloudflare, 1.1.1.1 is the fastest and most private DNS service available. In addition, it is available for download for Android and iOS devices. With this one-click solution, I can bypass the restriction in my area and access blocked sites.

Now, when you try accessing a banned website or any other blocked content on your device, you will access it seamlessly. Your actions are hidden from authorities as they will not know if you are using custom DNS on your network. 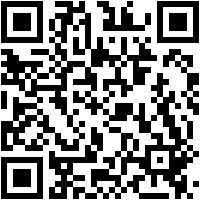 This method is by far my favorite, as it gives you unparalleled control over how you access blocked sites. The idea is simple: when your web traffic passes through your ISP’s servers, those servers can easily see what sites you are visiting. When you switch to a custom DNS server, however, no one—not even your ISP—can track which sites you are visiting.

If using a VPN or proxy did not excite you for security reasons, replacing your DNS server will change that! Head over to OpenDNS (the Internet’s most trusted DNS service) and sign up for a free account. Then head back here and change your network settings so that all your devices are using their DNS servers instead of your ISPs default ones.